Total calorie and macronutrient intake are most important when it comes to building your ideal physique, but nutrient and meal timing also factor in. Arguably, there’s no time of day more important than the few hours surrounding your workouts. Here are 8 unconventional foods that’ll help you get more from your workouts. Let’s dig in! 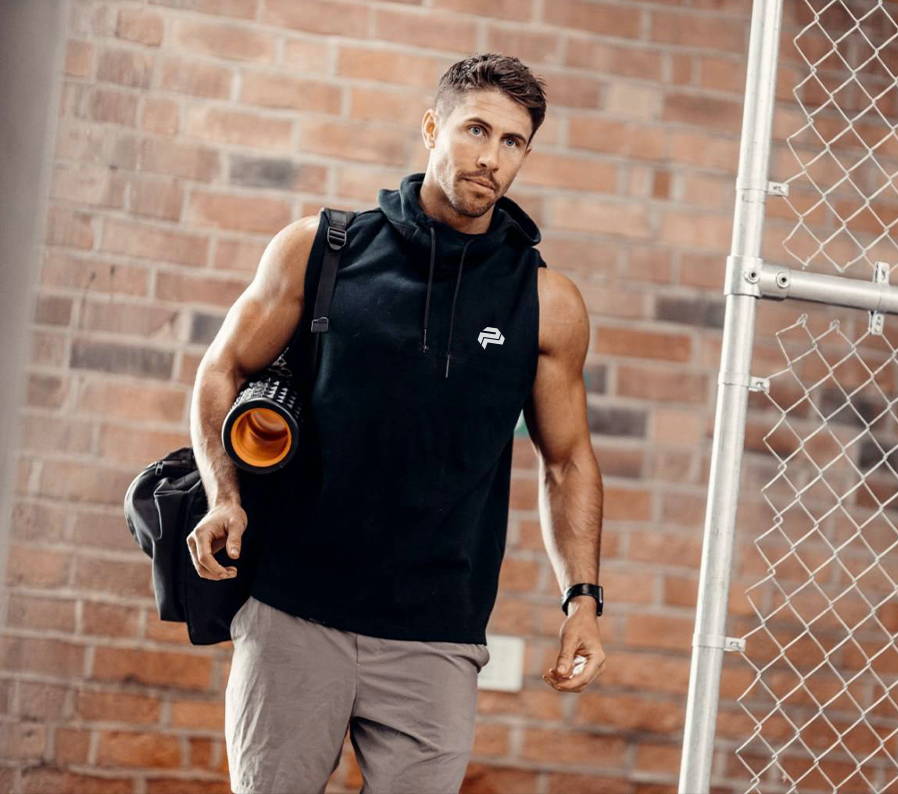 I’ve been helping people just like you get strong and look good naked since 2005. You’ll spot me in hardcover books, research papers, and in some of the most respected fitness publications in the world. Pen pushing is only my second job though…

We all know that a good quality dark chocolate can boast an array of health benefits. What you may not know, though, is the ability of dark chocolate to give you a great workout pump.

There’s something even more interesting in dark chocolate, though, in epicatechin. Epicatechin is a type of flavonol, and one of the reasons why beetroot juice is great pre-workout too (we’ll get to this later). It can increase nitric oxide production, much in the same way pre-workout nitric oxide supplements may do.

In a British study it was found 40g dark chocolate allowed cyclists to perform better and use less oxygen than a group having 40g white chocolate (Patel et al. 2015). There’s no reason to think this can’t benefit your higher volume and heavy lifting sessions as well. 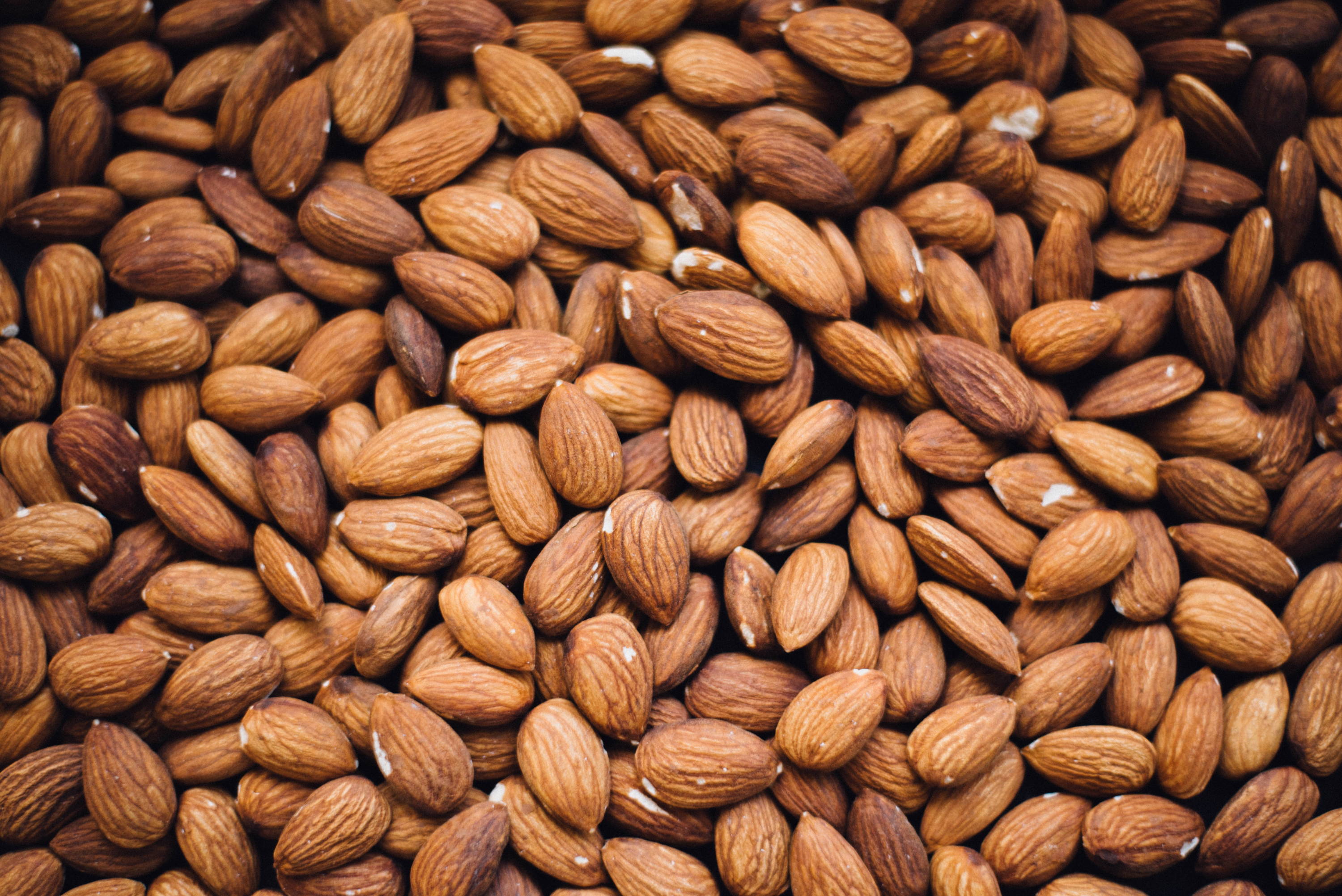 Try having some almonds as a pre-workout snack. Or one step better, why not try dark chocolate covered almonds to combine the benefits of both!?

In a 2014 study Yi et al. showed an almond-based snack to be far superior to a carbohydrate-heavy snack (a cookie matched for calories). Almonds allowed the subjects to sustain a higher intensity of exercise for longer. Theoretically this was due to the combination of protein and fat.

During a post-workout period it’s often recommended you keep fats to a minimum in order to maximise the amino acid and insulin response from protein and carbs. However, pre-workout a little fat is a good thing, especially to sustain energy for longer duration workouts. 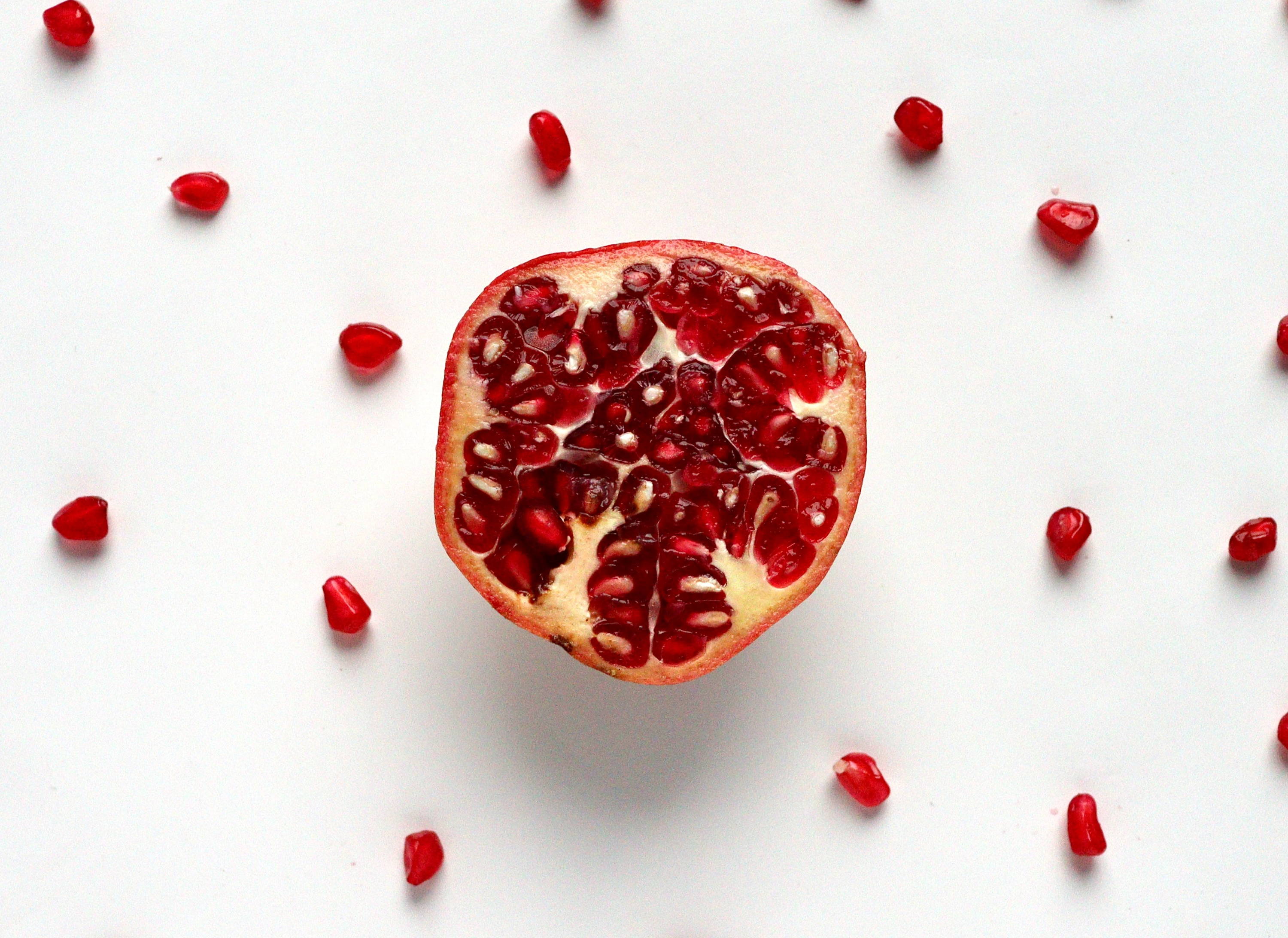 The doctrine of signatures states that a food tends to be good for the organ that it closely resembles. Walnuts for the brain, kidney beans for the kidneys, almonds for your eyes, and clams for your testicles, and so on.

Why you may not buy into the doctrine of signatures, there’s something to be said for what blood red pomegranate can do for your vascular system. Largely in the high nitrate and polyphenol concentration in pomegranate working as a vasodilator and enhancing blood flow.

In a 2018 review of research in the British Journal of Nutrition, it was concluded that pomegranate has the potential to confer antioxidant and anti-inflammatory effects during and following exercise. It was also shown to improve cardiovascular responses during exercise, to increase endurance and strength performance, and enhance post-exercise recovery.

If you want to benefit from this then try munching on a whole pomegranate, seeds and all, 30-60 minutes before your workout. If you can’t handle the mess, then just buy the 100% squeezed juice.

There’s nothing unconventional about having a cup of Joe or necking a few shots of espresso pre-workout. How you take your caffeine might matter, though.

In unprocessed coffee beans there are approximately 1000 different antioxidants, while the roasting process brings out a few hundred more. How they’re roasted and how you brew them changes the antioxidant availability.

In 2015, Trexler et al. found that coffee improved 1-rep max strength in the leg press to a greater extent than supplemental caffeine. Both caffeine and coffee were equally as effective at improving work capacity though (i.e., the amount of reps you can perform). Interestingly, no benefits were found for the bench press exercise in this study.

Fast forward another year and Richardson et al. (2016) compared a caffeine dose-matched anhydrous caffeine, coffee, or decaffeinated coffee plus anhydrous caffeine during squat and bench press performance. They concluded the two groups that benefitted the most were the coffee, and the decaffeinated coffee group with added caffeine. In short, the natural polyphenols and phytonutrients in coffee seem to have a complimentary effect when combined with caffeine.

Go for a well brewed cup of coffee, such as a French press (brewed around 4 minutes) or cold brew (brewed 10+ hours), or crunch on some roasted beans. Reason being the antioxidant content is higher versus other brewing methods. Although if you prefer an espresso or drip filter then you’ll still benefit. 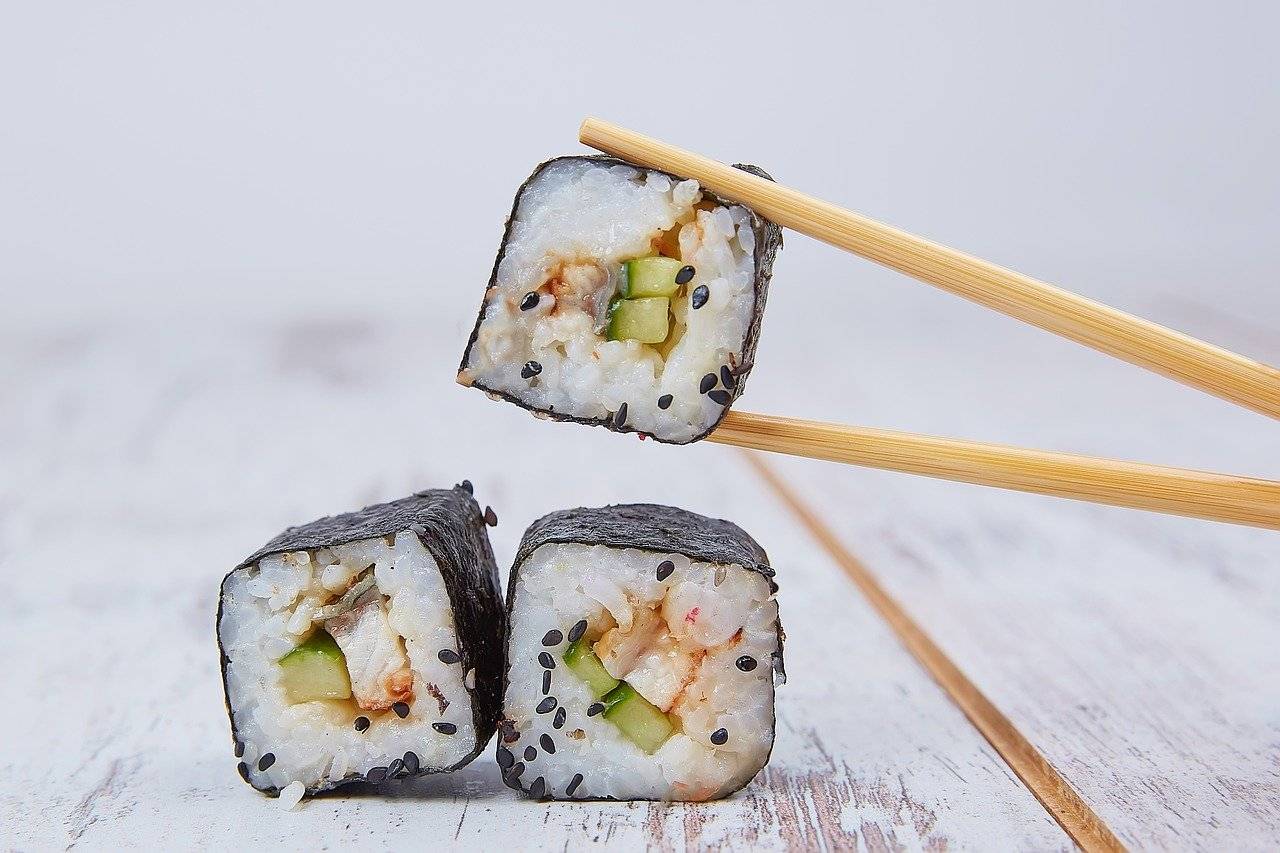 Sushi has a pump-inducing combination of easily digestible carbs, high sodium, and a little protein. If you’ve never tried a workout fueled by sushi then you’re missing out. Most report high energy levels without the crash you might get from other carb sources, and skin-busting pumps.

For the best ratio of pre-workout nutrients, go for a Rainbow Roll, Salmon and Avocado Roll, or California Roll. And, not scrimp on the soy sauce. An hour or two before your workout should be enough time to digest, but you can adjust that depending on your own preference.

Additionally, your thyroid hormones will benefit from the seaweed that’s high in iodine, as well as the plethora of health benefits from high omega 3 fish.

If you’re short on time and need a quick hit of energy (<30 minutes) before your workout, then jelly beans are an ideal travel friendly snack high in glucose.

Rietschier et al. (2011) found that either jellybeans or sun-dried raisins were effective at maintaining blood glucose over 120 minutes of exercise.

Throw a packet of either of these snacks in your gym bag for fast energy before your next workout. For best results combine with a fast digesting protein source such as a hydrolysed casein or essential amino acids. 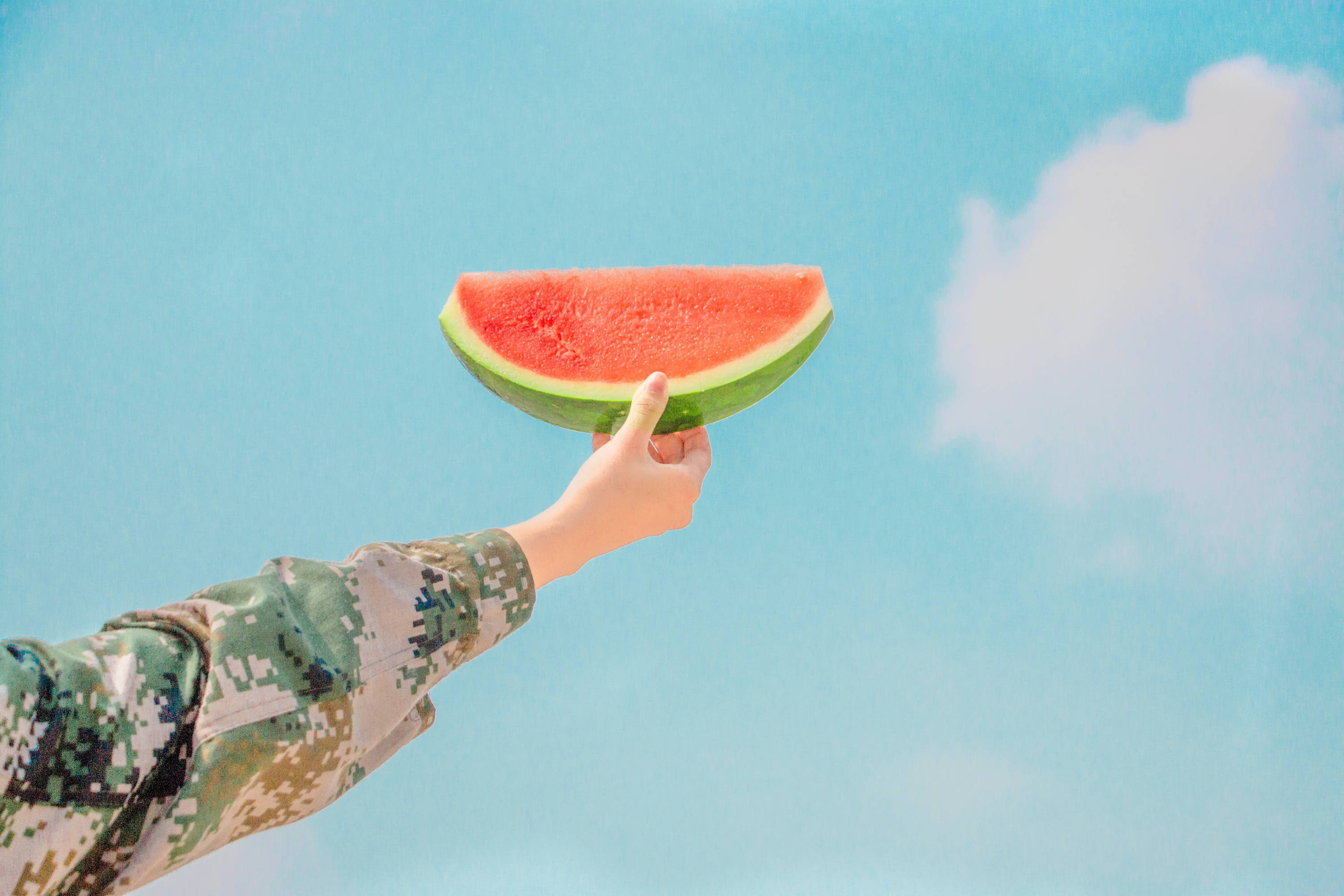 Named “molecule of the year” a few decades ago, nitric oxide (NO) is a cell signalling molecule that plays an important role in blood pressure and the regulation of blood sugar. Because of this, scientists are quick to look into any foods that might increase NO levels. Largely anything that contains arginine or citrulline.

Watermelon is one of the best places to find citrulline in its natural form, with one cup of watermelon containing about 200-300mg of citrulline.

Research using citrulline (which is different from citrulline malate) shows you need around 6g per day to significantly increase NO levels. Although some indicate as low as 3g for other effects.

Either way that means you’ll have to eat at least 10 cups to hit optimal levels!

This is a case where supplementation might be best. But the carbohydrates, hydration and citrulline hit you’ll get from watermelon could still make it a useful pre-workout snack.

Beetroot juice and extracts are popular among the endurance exercise crew. And rightly so. They’re a concentrated source of dietary nitrate and antioxidants, some of which you’ll benefit from before a heavy lifting workout.

When we consume nitrate the bacteria in our saliva converts it to nitrite. Nitrite can then be converted to nitric oxide (NO) which then acts as a vasodilator, resulting in bigger muscle pumps.

Interestingly, it’s been shown in separate studies that dietary nitrate intake had a larger impact on blood flow, oxygen partial pressure, and calcium handling in type 2 muscle fibres, than in type 1 (Hernandez 2012., Ferguson et al. 2013,. 2015). This is good news for strength and power athletes.

The only problem with NO is that the life is relatively short once it becomes available for use. Luckily, combining sources of NO (like nitrate) with antioxidants help it to live longer. Antioxidants help to ‘soak up’ nearby free radicals, which allows NO to do its job.

Many of the foods we’ve mentioned today that increase NO also help to keep NO alive due to their antioxidant levels. For this reason, foods in their real form make excellent pre-workout snacks or ingredients, often surpassing their supplement equivalent.

Nutritional science aside, one impactful thing you could do is get in the habit of eating the same or similar snacks before your workouts. It creates a positive feedback loop — Having a piece of dark chocolate before your workout, say, results in a positive association with your training. This results in more energy and motivation, regardless of any actual physiological effects from the natural caffeine and flavanols it contains.

If you want to hit that psychological “switch” then it’s always a bonus if it tastes good, too!